6 Tips to Journey Responsibly Around Australia

Beyond the obvious universal commandments of travel (not littering, avoiding plastic bag use, respecting local culture) here are some tips for a low-impact journey Down Under.

A version of 6 Tips to Journey Responsibly Around Australia first appeared on WorldNomads.com.

While many of us travel to escape obligations, journeying around Australia comes with responsibilities. In exchange for traveling in a responsible way, you’ll not only get to experience the very best of Australia – you’ll leave it in great shape for the next generation, too.

An Australian summer will do wonders for your tan (as long as you slip, slop, slap), but during bushfire season that dry heat turns the country into a tinderbox. Knowing when a Total Fire Ban is declared is essential. Displayed on local government websites, news bulletins, and highway signage, Total Fire Bans mean exactly what they say – you cannot light a fire. While that campfire might seem like a great idea, always check if you’re allowed to start a fire before sparking up. Even throwing a cigarette butt out of a car window is illegal, and can have catastrophic results including endangering lives, wildlife, and homes. If you build a campfire, (only where allowed or in the cooler months) always extinguish it properly with water, and bury the embers with soil or sand.

Where Not to Swim

On a blistering hot day, the rivers, beaches and billabongs of Australia are unbelievably tempting but think before jumping in. From crocodiles to strong currents and submerged rocks, hidden dangers lurk in Australia’s waterways. Always swim between the yellow and red flags at patrolled beaches, and never swim when you’ve been on the booze. Read the signs – many rivers and lakes look serene but hide strong currents. Don’t put a foot into any body of water in Far North Queensland or the Northern Territory without first asking a local, a ranger or reading signs – Australia’s 200,000-plus population of saltwater crocodiles live here but can be avoided by swimming where it’s safe.

Think that apple in your backpack is no big deal? Think again. As an island nation, Australia has some of the strictest quarantine laws in the world. Designed to protect the country’s biodiversity, quarantine laws are enforced with fines and confiscation of materials. Avoid being fined by carefully reading your arrivals card and declaring anything you’re unsure about (such as plant materials and food). Beyond airports and state borders, many national parks ask hikers to wash their boots to avoid cross-contamination between ecosystems. Many states have even installed vehicle wash-down bays and boot cleaning stations to stop invasive species from entering the park.

From the seafaring saltwater people of the north to the inland communities of the Central Desert, hundreds of Indigenous tribes and language groups make up modern-day Australia. As always, travel with an open mind, a curious nature, and generous spirit, and you’ll be in a good place to learn about Australia’s rich Indigenous culture.

Whenever you encounter Indigenous communities, always seek permission before taking photos of people, rock art, and sacred sites. Support Indigenous talent by buying art directly from artists or from galleries that pay artists a fair price for their work. Find Indigenous-owned tour operators to learn from Indigenous guides. Sidestep that cheap, mass-produced souvenir boomerang, probably made in a factory overseas, and buy the real deal from an Indigenous artisan instead.

One of the best ways to experience Australia is on a road trip, but many visitors underestimate Australia’s size, the distances between destinations, and the rough terrain, and end up having a less-than-ideal time. The best way to ensure road trip success is to be prepared.

There are huge areas of Australia have no internet and phone coverage, so your smartphone will often be rendered useless. Go old school and carry paper maps as a backup. Always tell someone about your travel plans, so they can alert the authorities if you don’t turn up when you’re meant to. If you’re going off-road, into the desert or camping in remote bushland, consider hiring a satellite phone to stay in touch.

Huge distances between towns means accessing fuel and fresh water can be difficult in the Outback. Avoid being stranded by the side of the road by carrying ample water and fuel to get you through your trip. Crossing the Nullarbor Plain in a banged up, old hatchback you bought off a guy in a pub isn’t wise. Avoid becoming the subject of a cautionary tale on the evening news and hire an all-terrain vehicle well-suited to travel on unsealed roads.

Respecting Native Wildlife and the Environment

Leaving a place in the same (if not better) state than you found it is recommended for traveling anywhere. Australia’s native animals are a drawcard for visitors, and they deserve to be treated like the animal royalty they are. Even though koalas and wombats look cuddly, they are easily stressed by human interaction so should only be admired in the wild, and not picked up.

When driving in rural areas, be wary of native wildlife which often wanders onto roads. Kangaroos are most active at dawn and dusk, so avoid being on the road at those times or stay extra vigilant.

Foraging for food might be all the rage in culinary circles, but picking Australian native plants without a license is illegal in most states. Even something as innocent as picking wildflowers can interrupt nature’s regeneration cycle.

Fishing without a permit is illegal in many states, so, before throwing in a line, check the local laws and always follow size and bag limits for your catch.

Never remove seashells or coral as a souvenir; make a bigger impact and pick up some litter instead. Australia will thank you for it.

Jo Stewart is an Australian features writer, editor and book author whose work has been published by Monocle, Rolling Stone, VICE, Sydney Morning Herald, National Geographic Traveller and more. From accompanying a scientific expedition into the Simpson Desert to documenting a voyage to Antarctica aboard a 75-foot yacht, Jo's work has taken her to some of the world's most isolated places. Always dreaming of her next road trip, Jo loves nothing more than the sense of freedom that comes with hitting the road. 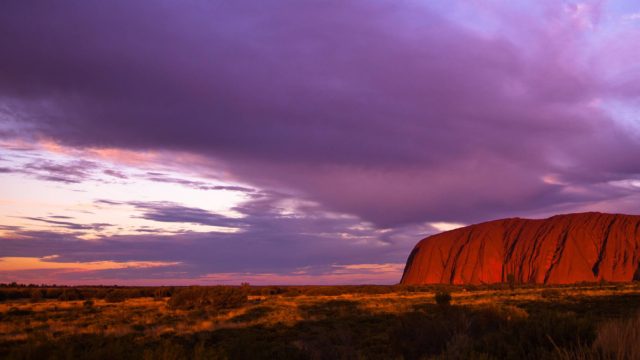 Now that Australia is opening back up, some of you might be looking for a bit of inspiration to scratch that ...

Travelling the Australian outback is unforgettable, but it's serious business. Here's TID tips for staying safe ...