TripSmarts » Destinations » Europe » Is it safe to travel in Europe in 2017?

From the aftermath of Brexit, to terrorist threats and the uncertainty surrounding the refugee situation in Europe, many travellers may be wondering if some destinations are safe to visit.

We’re here to break down the travel safety advice from the Australian government’s Smart Traveller service for countries around Europe.

Despite recent events making headlines, there are many safe, enjoyable holiday destinations in Europe. It’s important to note that border security has tightened across Europe, so you’ll need to carry your passport when crossing borders – even within the Schengen Zone.

Normal precautions signal a safety level similar to that of a big Australian city. As noted by Smart Traveller, a high degree of caution warning doesn’t mean that you shouldn’t visit that country – rather it is recommended that travellers have a basic understanding of national security and the political environment of their destination, as well as monitoring local media for the latest updates. 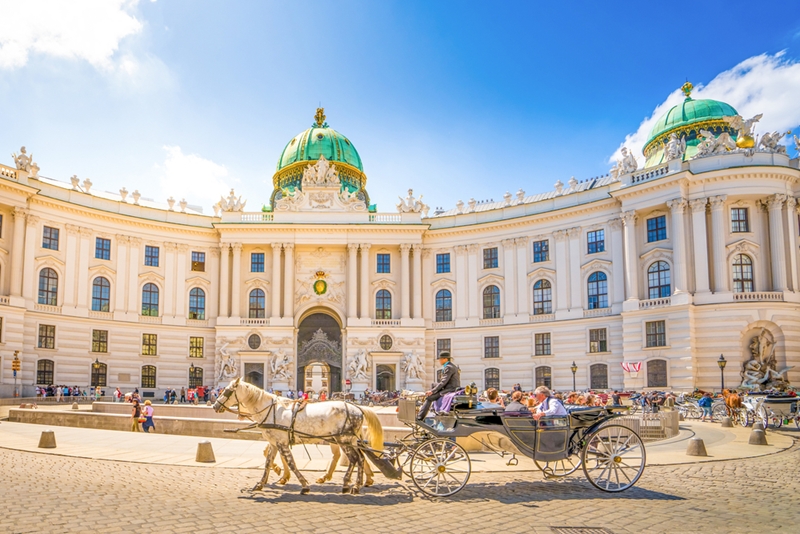 Austria is characterised by its picturesque mountain landscape and alpine villages, as well as its vibrant cultural scene in the many historic cities. During a visit, you can easily find yourself strolling around imperial palaces in Vienna one day and flying down ski slopes the next.

To avoid petty crime, Austrian police advise visitors to be cautious of their surroundings when in crowded, touristy areas. Specifically, travellers are targeted in Vienna’s largest train stations, Westbahnhof, Hauptbahnhof and Meidling as well as the plaza near St. Stephan’s Cathedral.

Austrian Police advised people to remain alert in crowded areas following the arrest of a person suspected of planning a bomb attack in Vienna in January 2017.

Carrying identification at all times is mandatory under Austrian law.

Make sure you are always aware of where your belongings are located – never leave a bag hanging on the back of your chair, and move wallets to a front pocket. When using ATMs and credit cards, be cautious you aren’t exposing your PIN and check on your transactions in event of ATM fraud. 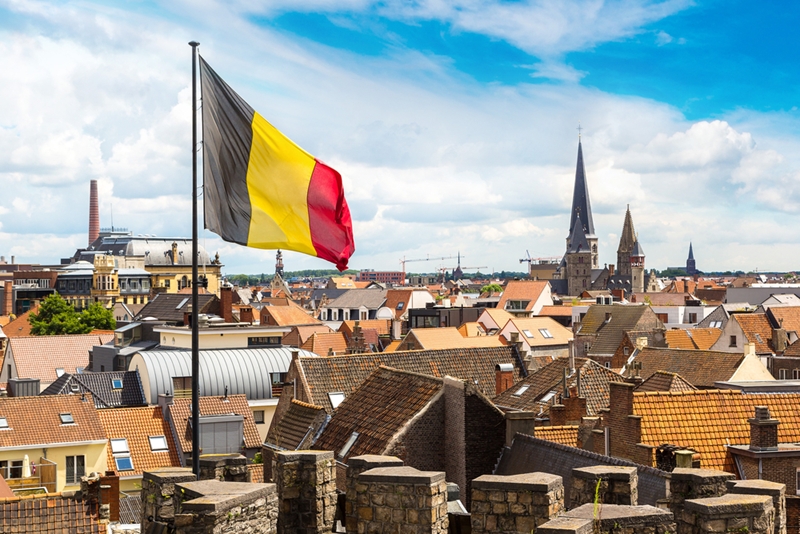 The small country of Belgium is filled to the brim with beautiful scenery and enchanting architecture, from medieval castles and churches to the futuristic Atomium in Brussels. With a lively gastronomic scene, you can grab a Belgian beer and some frites (crispy fries) before exploring one of the fantastic museums or the local nightlife.

Exercise a high degree of caution

Smart Traveller advises travellers exercise a high degree of caution throughout Belgium following terrorist attacks in March 2016. Theft and bag snatching is not uncommon in the capital of Brussels, while pick pocketing can occur on public transport and trains.

Brussels, Antwerp and other urban areas are all at the highest risk of incident (both petty crime and terror attacks) as they are the most populated areas. Remain vigilant when travelling in these areas, including at concerts, major events, train stations and shopping districts.

Carry your passport when you enter or leave Belgium, and remain vigilant in crowded public areas such as shopping districts, major events and airports. 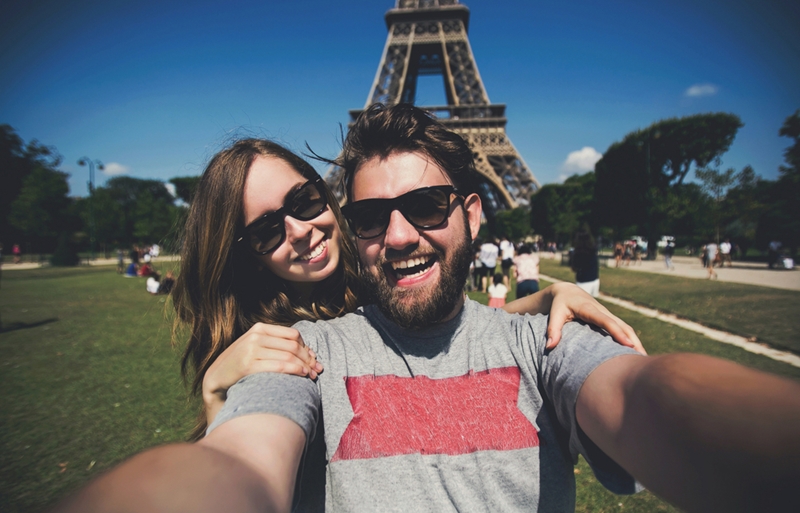 From Mediterranean beaches, the Alps and the Pyrénées down south, to bucolic wine regions and the iconic capital of Paris to the north, a French holiday sits at the top of many a traveller’s wishlist.

Exercise a high degree of caution – On 1 November 2017, new counter-terrorism laws have came into effect to better manage security threats.

There have been several major attacks in this country recently, though petty crime is always an ongoing issue as well.

Following the Charlie Hebdo attacks in Paris in 2015, there have been a number of terrorism incidents across the capital city over the course of the past two years. Another attack took place in Nice on Bastille Day 2016. National security has been heightened in many public places.

French police are known to be conducting random identity checks recently, you are required by law to carry photo ID at all times. The government has also released the SAIP mobile phone app to alert users to potential risks in their area. 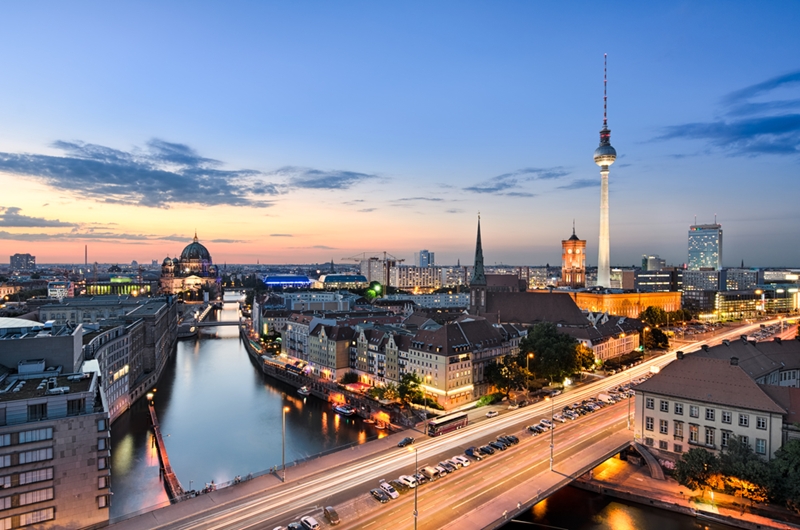 Whether you’re sitting down for schnitzel in a biergärten or dancing away in one of Berlin’s techno clubs, Germany has plenty to discover in terms of historic and modern attractions. The capital, Berlin is known for its buzzing cultural and arts scene, while other regions such as Bavaria offer a glimpse into medieval Germany as well as Oktoberfest in Munich.

Popular tourist areas, like Berlin, cultural spots, religious centres, festivals or the Christmas Markets are places to keep your wits about you.

Travellers to Germany are advised to remain vigilant in public places. Recent terror attacks at Christmas markets in November and December 2016, as well as attacks in Bavaria on a train and near a music festival mean security measures have been heightened.

Smart Traveller notes that there is a current risk of potential terror attacks in Germany. Travellers are recommended to be especially cautious around potential target areas such as places of worship, cultural or sporting events and on public transport. 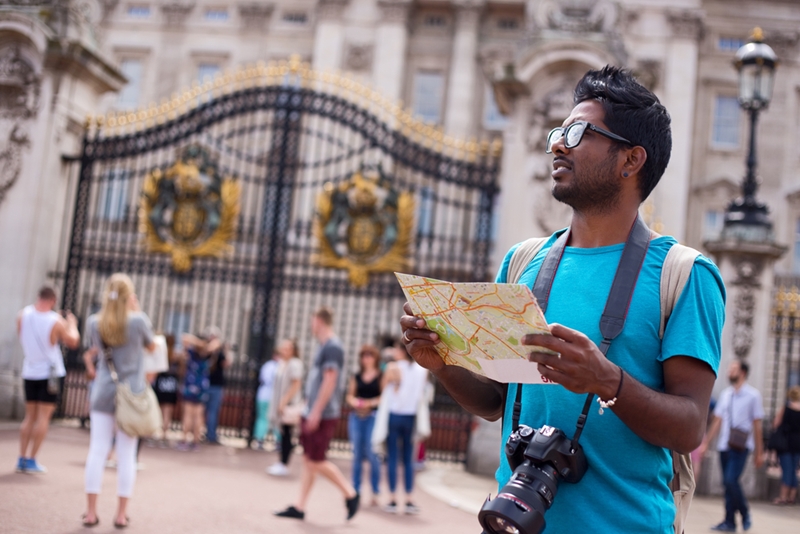 London has seen a fair amount of terror incidents recently, so it’s best practice to be aware of your surroundings when in busy areas like Westminster Abbey, Piccadilly Circus of the Tower of London. Despite regular CCTV monitoring by authorities, petty crime is quite common, especially on the Tube.

There is an increased police presence at public events. London’s Westminster Bridge was the site of a stabbing and vehicle attack in March 2017. This was followed by a subsequent bombing of a music concert in Manchester and a vehicular and knife attack in the Borough Market area of London.  In September 2017, there was a terrorist attack on the south-west London Tube train that caused a number of injuries.

The United Kingdom remains a potential target for international terrorist groups such as ISIL, as well as dissident republican terrorist groups in Northern Ireland. The UK government asks that people remain alert to terror risks, as well as taking official warnings seriously.

Amazing architecture, delicious foods and, of course, midday naps that prep you for the vibrant nightlife – Spain really has it all!

Are there any areas/regions you should be wary of?

Travellers should be cautious around the Catalonia area right now as there are brewing political developments underway. Demonstrations are also taking place in major cities like Barcelona and Madrid – there have only been a couple of clashes with police and some disruption to traffic but it’s still best to avoid them. Other than that, you should just be aware of petty crime in popular tourist sites.

The Spanish Government announced heightened security measures in public spaces, in response to terrorist attacks in Barcelona and Cambrlis in August 2017.

What extra precautions should you should take?

In case you are stopped by authorities, make sure you are carrying a passport or a copy of your passport. Monitor your personal belongings when you’re in public.

Feel like visiting the ancestors of the Vikings? Then it’s off to Sweden for you. Its unique culture and heritage is a can’t miss.

Are there any areas/regions you should be wary of?

It’s advised that even though Sweden is a relatively safe destination, you should always remain vigilant when in a populated area like train stations, airports and shopping districts, especially in cities like Stockholm.

What extra precautions should you should take?

Always make sure to have your passport or identification on you, and try to avoid showing off wealth as this might trigger pickpocketing or mugging.

Comprehensive travel insurance is always strongly recommended for Australian travellers, whatever your destination. You can find out about we cover online, or for more information get in touch with TID today.

Travel advice is current as of November 10, 2017. Please check Smart Traveller for the latest updates. Cheap flights for Christmas 2017? You’d better get your skates on!

You’re running out of time to book the cheapest fares for Christmas travel this year. Airfares are at the lowest ... Things You Must Do When in Los Angeles

From the Walk of Fame to Santa Monica, here are the 10 best things to do in Los Angeles to ensure you have an ...