Add some soul to your USA holiday in New Orleans

It’s understandable to feel a little overwhelmed when you look at a map of the USA. With a population of 324 million spread out over some 9 million square kilometres, deciding which cities to visit on your trip to the States is no easy task.

But before you resort to the somewhat predictable choices of LA and NY, how about NO? That’s right, we’re talking about New Orleans, one of the most fascinating and charming slices of the USA.

When you spend a little time in New Orleans, you might find it difficult to leave. Bigger than life, yet laid back and self-assured, New Orleans, or ‘The Big Easy’ is a patchwork of different cultural influences, stitched together over the course of the city’s intriguing past. The city started its life in 1718, founded by Jean-Baptiste Le Moyne, the governor of French Louisiana at the time.

However, after France ceded control of the city to Spain in the 1760s, New Orleans became a Spanish city, adopting Spanish rules and customs for some 40 years before the city was passed briefly back to the French and finally sold to the United States as part of the Louisiana Purchase in 1803.

After the Civil War, New Orleans rode the waves of a number of reforms that rocked the United States around the time of the Reconstruction Act, as well as the Jim Crow laws, spurring a Civil Rights movement in the 1950s. Today, you can witness many of the influences of New Orleans’ past in its food, architecture, lingering superstitions and boisterous festival spirit.

The city with soul

One of the keystone events in the American music calendar, the New Orleans Jazz and Heritage Festival draws visitors from across the globe to celebrate the spirit of Jazz at its very birthplace. The festival has a rich history stretching back to 1970, when Mahalia Jackson and Duke Ellington performed.

Envisioned as being an event worthy of the city’s jazz heritage, the first festival was attended by about 350 people. Now, over 40 years later, the jazz fest plays to some 400,000 fans, celebrating one of the most important musical movements in America’s history.

What to see in New Orleans

Soak in the history in Jackson Square in the French Quarter The historic Jackson Square is perfect place to start your exploration of the French Quarter. Street sketch artists and performers frequent the green, while locals take five on one of the loungers under the watch of the statue of Andrew Jackson. Pop inside the St. Louis Cathedral while you’re here – the oldest Catholic cathedral in North America.

Just next door is the Cabildo, echoing the city’s Spanish past in its grand style. Once the seat of government for the state, now visitors can explore this incredible museum on a quest to discover more about Louisiana’s history.

Grab a beignet from Café du Monde while you’re here – you won’t be disappointed! If you’re after more hearty fare, try the shrimp and grits or the gumbo at The Old Coffee Pot around the corner on St Peter Street.

New Orleans isn’t shy about throwing a decent party. On one of the most renowned lanes in the French Quarter, Bourbon Street, you’ll find many of the city’s booming restaurants and bars. Get a taste of Cajun and Creole cuisine, or pull up a seat at Maison Bourbon for some live music with a cool drink. If you’re a real music fiend, you’ll find even more good tunes down on Frenchmen Street.

From sunny to spooky

New Orleans embraces the mysteries of the afterlife with its legacies of haunted spots across the city. While a cemetery may seem an odd choice for a tourist attraction, New Orleans’ places of rest are intriguing to explore on a guided walking tour. Take your pick of the Lafayette and St. Louis cemeteries and prepare to be unexpectedly impressed by the columbariums, mausoleums sculptures and other memorials.

If you’re ready to book your holiday to the US of A, don’t forget to sort your travel insurance before you go. You can click here to see what’s covered under your TID policy, or for more information don’t hesitate to get in touch with the team. A guide to the very best adventure sports in New Zealand, sure to get your heart pumping!… 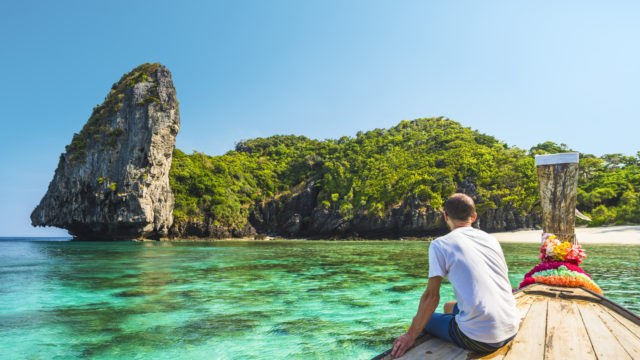 A Local’s Guide to Cairns: Top Things to See & Do